I’m an insomniac and subsequently, a voracious reader…

…averaging somewhere around 150 books a year (not including the naughty ones I’m too embarrassed to tally officially). I’m also addicted to Diet Coke and consume copious amounts of hot tea with cream and Stevia while I’m writing. Wait. Maybe those two things are connected? Nah.

Anyhow, I adore romance in almost any genre, but especially fantasy. Why abide within the confines of reality when you can live in a world filled with magic instead? 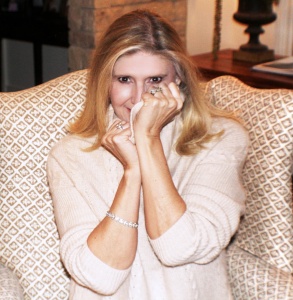 I wanted to read about heroes who were protective and possessive. Men that didn’t cheat and sure as heck didn’t share. About heroines with big hearts, who were brave, smart and yes, feminine. So, sue me! I was looking for epic love and absolutely had to have a happily ever after, or what would be the point? Believe it or not, I was having trouble finding books that jelled with my idea of romance, even when the characters weren’t human! And since nobody likes a whiner, I figured it was time to either put up or shut up.

I decided to put up.

I’ve always wanted to write professionally but frankly wasn’t brave enough to try. Mass rejection anyone?  It never seemed liked a practical option anyway with a husband, three daughters born within five years and bills to pay. But, my kids are grown now with children of their own (six beautiful grandchildren) and independent publishing is legit. And that husband I mentioned earlier? He told me to go for it, supporting me emotionally and financially all the way. Being married forever, old as dirt, and established in life does have a few benefits.

I have had stories rolling around in my head for decades. Bringing them to life is beyond unreal. It’s a dream come true.